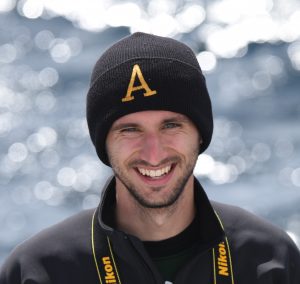 Michael Niezgoda graduated from Michigan State University in May of 2015 with a B.S. in Chemical Engineering. Following graduation, he took a full-time position with SpaceX in Hawthorne California as a Materials Engineer. A few months later, he transferred to SpaceX’s test site in McGregor, Texas as the site’s first full time Materials Engineer. While there, he oversaw the design, build, and operation of a fuel analysis lab. He also worked extensively in test support, launch support, and failure investigation.

In late 2016 Michael decided to pursue a M.S. in Materials Science and Engineering here at UW Madison. Working at SpaceX spurred his interest in Metallurgy. He joined the Thoma group as a research assistant in August of 2017. Michael continued to work remotely for SpaceX while pursuing a Masters degree. In early 2019 he made the decision to instead pursue a PhD in Materials Science and Engineering, leaving SpaceX after three years. His research focuses on utilizing additive manufacturing methods and metallurgical techniques to design and manufacture new alloys for high temperature and high strength applications. His primary industrial interest is in designing new materials for the hot sections of aerospace propulsion systems. Namely, rocket engines, turbojets, and RAM/SCRAM jets. He also enjoys machining and fabrication and is a regular down in the CoE student shop.

Outside of work Michael is an aviation enthusiast. He particularly enjoys vintage piston driven aircraft from the second world war. He frequently visits air museums and attends air shows. At home, he enjoys hiking, fishing, and gardening- as weather permits.